Death of a river

To see the river.. just to enrich mind with its unique beauty…

That was my aim.

Green grasses smiled hugging each footstep. Drops of water remained after drizzling rain of yesterday night are still there in sprouts. Splendid sunlight gave them the ability to shine as diamonds, which felt me like a world of illusion..

Beyond that I could see grazing cattle; herons were with them in a coquettish talk. Chirping of barbet played nice background music to the panoramic view.

Reached at river at the end of untiry walk..

Took a breath and wide opened my eyes.

There have remained only a few virgin forests in this world, where the hands of human beings never reached till. Luckily, our Silent valley is one among them. Pathrakadavu is an important place at Silent valley or ‘Sirendhri’ , where Kunthi river –one of the most important tributary of Bharathapuzha- is originating.

I hope you have heard about the ‘Akshayapathra’ in Mahabharatha (a vessel filled with inexhaustible food presented by the Sun-god to the Pandavas). Once Kunthi Devi (mother of Pandavas), cleaned akshayapathra after food and placed it upside down. Legend stories tell that akshayapathra formed into a rock, the place where it kept later named as Pathrakadavu, and water flowed out of it formed to a river, later become ‘Kunthi river’ named in honour of Kunthidevi. Even if that story is unbelievable, the legend story has been there handed over numerous generations settled in the banks of Kunthi river.

If a good river if found, kill it – that is human policy. The case of Kunthi river is not different. We can’t forgot that 1984’s Silentvalley Hydroelectric project, had revocated by Indira Gandhi govt. due to strong arguments raised by nature lovers. Two decades later, when that project revived at Pathrakadavu, after so many socio-political controversies it again got erased.

A Decade ago this river was flowing touching each shore with a wild beauty; later on that scene contracted to a property of rainy seasons. Though it was filled with water even in summer. But now?!!!

Surely this is breath taking!

I wondered it is that river where govt. planned to build dams before!

Water is now unavailable even to the wells that so much closer to river. So, some of the social workers have made mesh type hindrances at some points in river. But due to weeds and wastes inside water, the flow of water has been completely stopped.. Now water has become completely mud.. Wastes can be seen here and there everywhere. I scared even to touch the water of our river.. 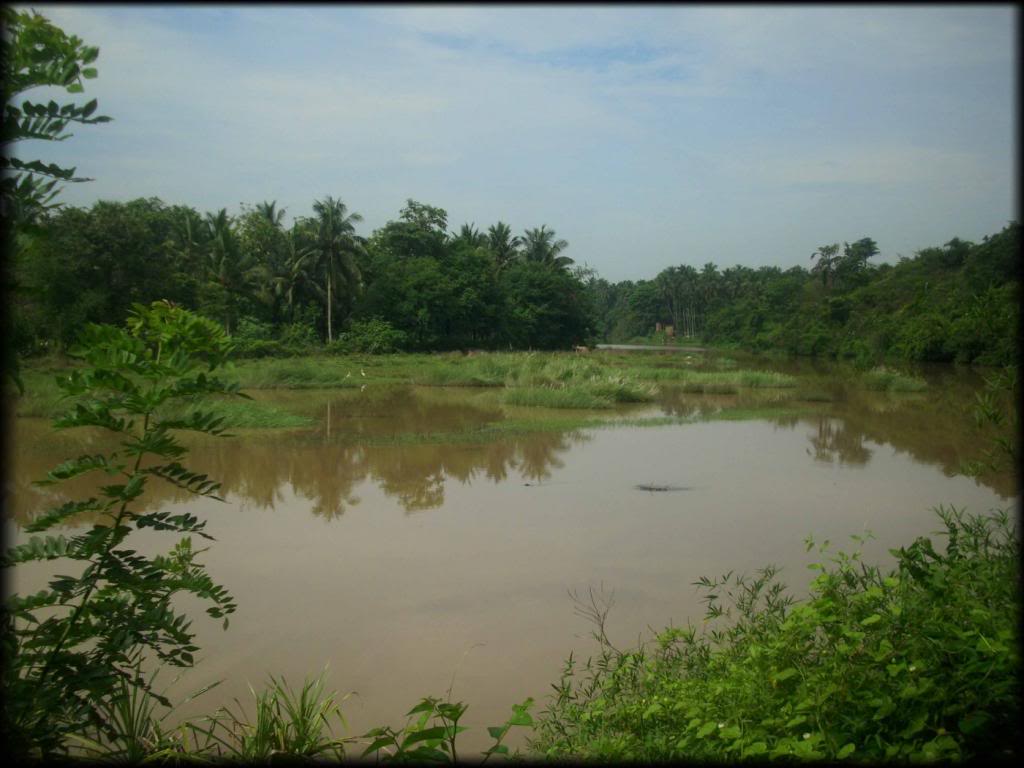 My mind flooded with memories of those days when i used to go river to play with my friends.

A death note to our river.